Who was Alice Sturgis? 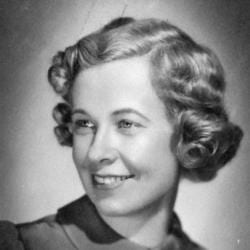 Alice Fleenor Sturgis was the author of “The Standard Code of Parliamentary Procedure” and considered one of the leading parliamentarians of her time.

Sturgis was born in Ukiah, California. She received her bachelor’s degree from the University of California at Berkeley and her master’s degree from Stanford University. In 1918 she traveled to France to work for the Red Cross during World War I. While in France, she married Eugene Sturgis, a law student that she met at Stanford. He went on to serve as an Oakland City Commissioner (councilman), City Attorney and City Clerk. He outlived her by two years.

Alice Sturgis’ first book on parliamentary procedure was published in 1925. Sturgis became much in demand for her expertise on parliamentary issues and her book became a serious challenger to the standard Roberts Rules of Order which was written in 1876. Many organizations used her book instead of Roberts, including the American Bar Association, American Medical Association, American Dental Association and the United Automobile Workers Union. In 1951, she was awarded a Guggenheim Fellowship to write a book for college professors on how to teach parliamentary law.

Sturgis was active in women’s issues, particularly issues related to women veterans. She was also the founding president of the Women’s Athletic Club.

In preparing this new standard code the author has tried to make it conform to seven basic principles which would make the code completely usable and modern:

Completeness.  All sources of parliamentary law were checked, all rules were diagramed and catalogued, to be certain that every essential point had been included.  On the other hand, many suppositions and arbitrary rules that have not proved workable and practical were eliminated.

Simplicity and clarity.  Every effort has been made to achieve simplicity and clarity.  This code has been planned for easy reference and for adoption as a guide.  It may be used by educational and professional societies, religious bodies, trade associations and labor unions, commercial and civic organizations, schools, clubs, and veterans’ organizations.  Since it covers the whole field of parliamentary procedure, it should fulfill all of their needs.  The author has made a special effort to dispel ambiguity and has discarded misleading terms which serve only to befuddle the uninitiated, in favor of self-explanatory ones.

The basic parliamentary rules are explained so that one may reason out the answers and thus eliminate the necessity for memorizing hundreds of technical rules.  Given a clear understanding of fundamental concepts, most of the rules governing them become self-evident.

Conciseness.  Clarity solves only half the problems of a good code.  No one book, however voluminous, can answer every detail of every situation. On the other hand, if one understands the fundamental principles upon which procedure is based, he can usually deduce the correct rules.  Just as the law lays down the general principles to be followed, and the judge decides how a particular principle applies to a specified set of facts, so the presiding officer is the judge in deliberative assemblies.  The general rules of parliamentary procedure are his guide.

Usability.  Each motion is discussed under uniform headings, which makes reference to any desired fact simple and easy.  The purpose of the motion, its form, an explanation of its characteristics, its effect, and the rules governing it are set forth completely, separately, clearly, and for the first time in this fashion.  Answers to many fundamental questions can be found quickly and easily by reference to tables and lists.  Hundreds of minor rules have been distilled into a few general rules.

Common Procedures.  Every rule in this book has been proved by experience, tested by practice, and has the prestige of general acceptance.  Special attention has been given to common procedures in actual use. The author has drawn on years of observation and experience, and on thousands of interviews with many large national organizations, including such diverse groups as the most powerful trade unions and the United States Chamber of Commerce.  The purpose of this research was to find out what successful organizations are doing and how these things could be done better.  This method elicited the contribution of many ideas and suggestions.  It revealed trends and tendencies and disclosed outmoded rules.

Conformance to Court Decisions.  For the first time, a work on parliamentary law has been closely integrated with court decisions.  This omission in the past has led many organizations into expensive and troublesome litigation.  It is important that groups and the members of groups know their rights and obligations.  Questions arising out of parliamentary law have appeared in the courts for adjudication since Colonial times but have been overlooked or ignored by parliamentary writers.  In the preparation of this code approximately 3000 court cases were considered.  All rules are stated in conformity to those decisions and to the laws governing organizations.  Hundreds of lawsuits could have been avoided had there been available to organizations a code which was correct both from a parliamentary and a legal standpoint.

Up-to-dateness.  Care has been taken to explain the advantages of modern practices.  For example, special emphasis has been placed on the importance of helping committees function effectively.  Timesaving methods to be used in meetings and conventions are explained, and many efficient shortcuts are suggested.

A Message from the Authorship Team (Team) for the Second Edition of American Institute of Parliamentarians Standard Code (AIPSC2) The Team is turning a corner and progressing to a new level. The team of nine AIP-credentialed parliamentarians is itself further divided...
Read More

On January 14, 2021, a forum was presented by the team of authors who are writing the second Edition of American Institute of Parliamentarians Standard Code of Parliamentary Procedure. The forum included an open session for AIP members to provide suggestions for the...
Read More

We live in a time of change. The seasons. The pandemic. The government (at least here in the United States). But some of the most significant changes are happening in the world of parliamentary procedure. Practicing parliamentarians are dealing with the challenges of...
Read More

On June 1, 2020, AIP President Al Gage and Selection Committee Chairman Glen Hall put out a “Call for Authors,” noting that AIP was “seeking to build an authorship team in order to publish a second edition of The American Institute of Parliamentarians Standard Code of...
Read More